Remember the dead— remember their names
and faces. Remember their wives and
children, who sacrificed their lives for freedom
in the name of defiance campaigns
remember the burial of Dompas, burning in front of the police-station
remember Jabavu, remember Orlando, remember Langa
remember Sobukwe, remember Kgosana and Tsolo
the young blood who spread the voodoo
remember their pluck and courage.

Remember the racists and betrayers, they are still alive around us
remember the hate, the rope, the kicks, the beatings
the choking machine, Sjamboks, police dogs and Kwela kwela’s
remember the dark clouds of bravo-bravo-ville.

remember the strong-black-women
their black love and unity
their dress code and pride
remember the noise, the running and the panic,
the falling and the shootings, without signs, without warnings.

Remember the Garveyite leaders who made us believers,
some were thrown deep into the bottom of the sea and
some died without graves
some were hanged for treason without trials
and some are still imprisoned without political amnesty,
remember the injured, the paralyzed and the black survivors
remember Marikana, remember Boipatong,
remember Sharpeville. 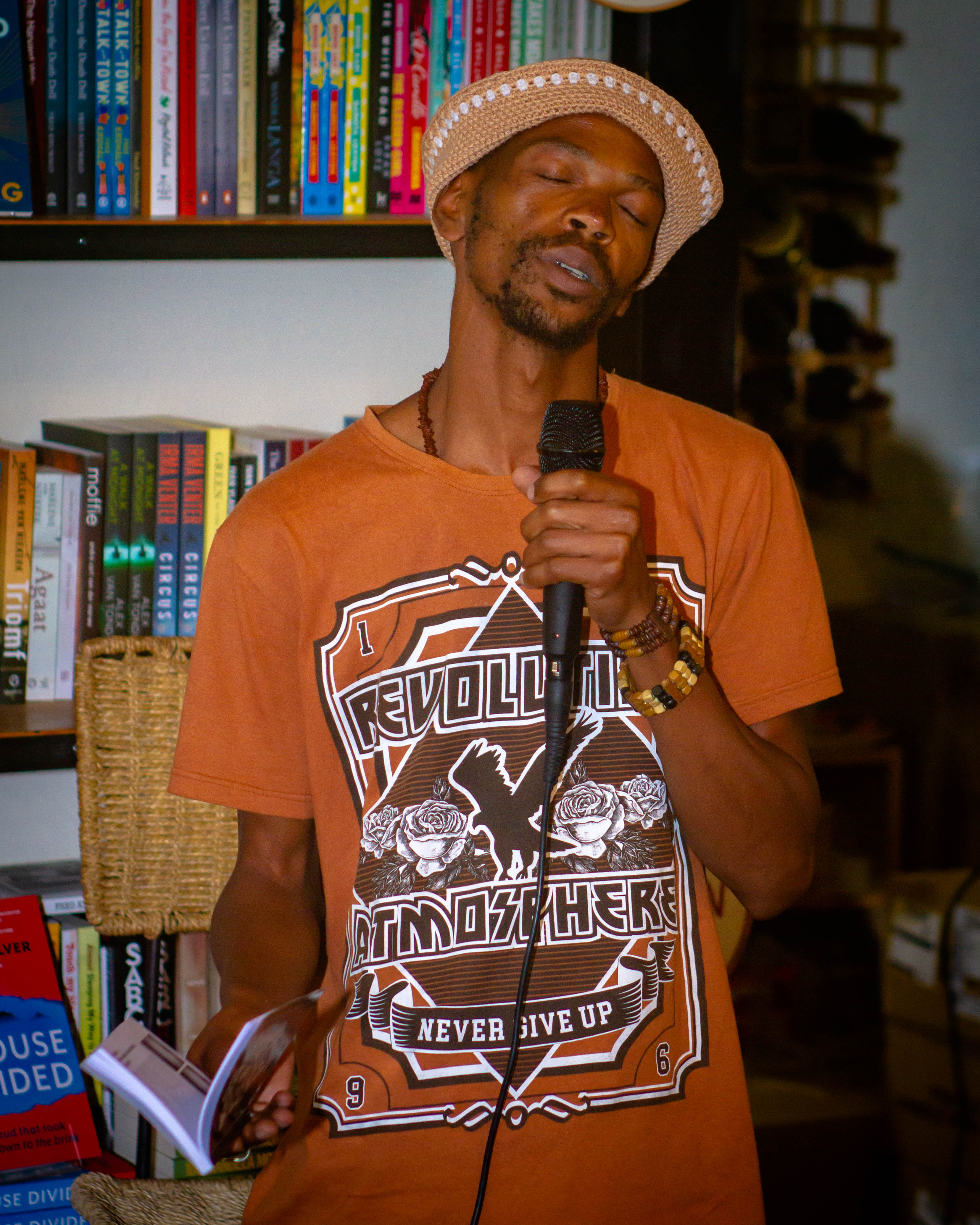 Morwamphaka Sello Huma is a South African poet and writer based in Johannesburg. He is known for his African protest poetry and performances. He self-published his first poetry in 2016 titled “Country Bard Blues” and has been featured in the Sol Plaatje European Union Poetry Anthology (2015), Ons Klyntji (2018, 2019), Writers Space Africa (2019), and Afritondo (2019). Social Media— Instagram: @Countrybard, Facebook: Morwamphaka Sello Huma Poetry.